Do mashionisas exploit those from South Africa’s informal settlements or are they simply filling the void created by the lack of formal financial services?

Mashonisas are neighbourhood loan sharks who lend money to impoverished South Africans who are not able to access credit by any other means. With the cost of living remaining high and the coronavirus plunging many into debt, recent research suggests that up to 80% of South Africans have used short-term loans from mashonisas, highlighting the scale of the problem in the country.

However, do mashionisas exploit those from South Africa’s townships and informal settlements or are they simply stepping in to fill the void created by a lack of formal financial services?

Who are South Africa’s mashonisas?

Although the term ‘loan shark’ might conjure up images of criminals charging exorbitant rates of interest and threats of violence for non-payment, it seems the reality of mashonisas in practice can be quite different. Although murky figures can certainly operate in this unregulated space, research from the South African online loan lender Wonga concluded that mashonisas were often valued by the communities they operate in as providing a ‘vital service’.

The research found that many everyday South Africans use the services of mashonisas to borrow typical amounts of R50-R5,000 over very short terms of three to seven days. Interest rates vary, although they typically fall between 30-50%, which although high, is perhaps not as exploitative as you might anticipate given the very short terms of the loans.

Although there’s no formal data on the size of the mashonisa market, there is estimated to be around 40,000 of these unregulated lenders in operation across South Africa. The age, gender and background of mashonisas varies considerably, with post office workers, bus drivers and even an Avon saleswoman all providing this informal lending service.

The impact of the National Credit Amendment Act

Rather than increasing the accessibility of formal financial products for South Africa’s poor, the National Credit Amendment Act has been criticised for restricting the ability of credit providers, particularly the banks, to lend to consumers who earn less than R7,500 a month. That leaves a vacuum that the mashonisa can step into and increases the cost of credit for those who cannot afford it.

With formal lenders withdrawing their services, mashionisas have become the only avenue through which many of South Africa’s working class can access credit. The service they provide is extremely convenient and accessible, with no paperwork to complete or formal vetting procedures, which can be very appealing. However, with interest rates that exceed the maximum allowable rates in the formal credit market, the reliance on mashonisas is inevitably pushing many people further into the red.

So are South Africa’s unregulated lenders a force for good, helping those who cannot access credit through other means, or an exploitative force that is driving the working classes further into debt? The truth is somewhere in-between.

The presence of an estimated 40,000 mashonisas in South Africa shows that there is a demand for credit that is not being met by regulated lenders. Without the presence of the mashonisa, the working classes would struggle to borrow money to pay unexpected expenses and essential bills, which could have severe consequences. On the other hand, the use of mashonisas is driving the working classes further into debt and trapping them in their situation, and with no protection in this unregulated corner of the market, it’s inevitable that intimidation, abuse and violence could be used against those who are unable to make the repayments. 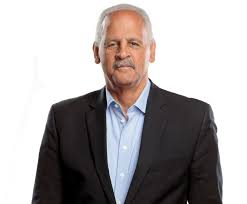